Fear lingered in the mind of people in Konda District, South Sorong Regency, West Papua Province. They were anxious to know the trial which charged the South Sorong Regent, Samsudin Anggiluli, indicted by palm oil companies. The litigation was registered in the Jayapura High Administrative Court from the last December 2021. The verdict will define […] 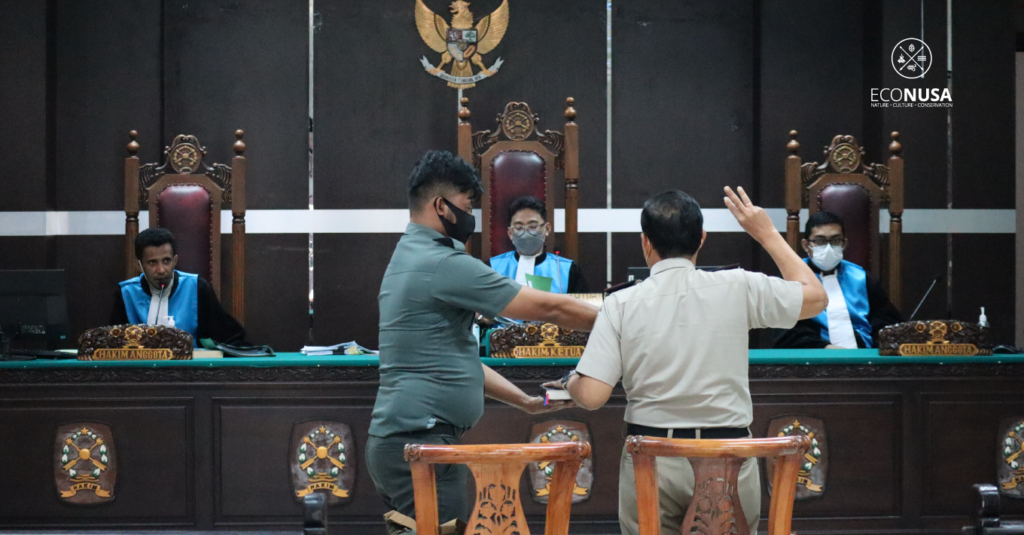 The next trial filed by the two palm oil companies against the government of South Sorong Regency was held at the Jayapura High Administrative Court on Tuesday, 19 April 2022. The trial agenda was hearing expert witness from Agustinus Palesang, the National Land Agency, and Victor Manengkey, Cenderawasih University (Uncen). Both experts gave testimonies on […] West Papua Provincial Government has issued Governor Regulation No. 25/2021 on the Designation Procedure of Indigenous People and Customary Land in November 2021. The regulation will give significant acceleration to the process of designation and recognition of customary land and indigenous people. “The regulation cut down the bureaucratic process because of the elimination of regency/mayoralty […] 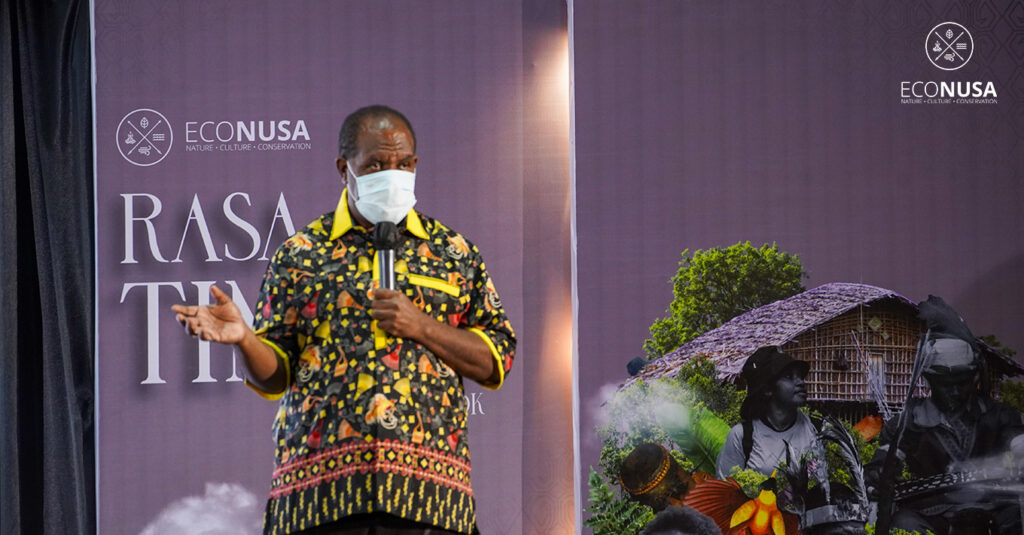 Turning up in Tanah Papua and Maluku Islands and feeling the day-to-day community life are the major prerequisite before formulating policy for the eastern regions of Indonesia. “We should get the feeling of what the indigenous people feel first. From that compassion, it is materialized into concrete action. Do not let the indigenous people say […] Forests in Tanah Papua do not only contribute oxygen to the world. They also serve as the sources of livelihood to the indigenous people and habitat to various flora and fauna. However, massive logging has decreased the diversity. In a discussion of a Village Head Workshop early November 2021 initiated by EcoNusa and Perdikan, the […] 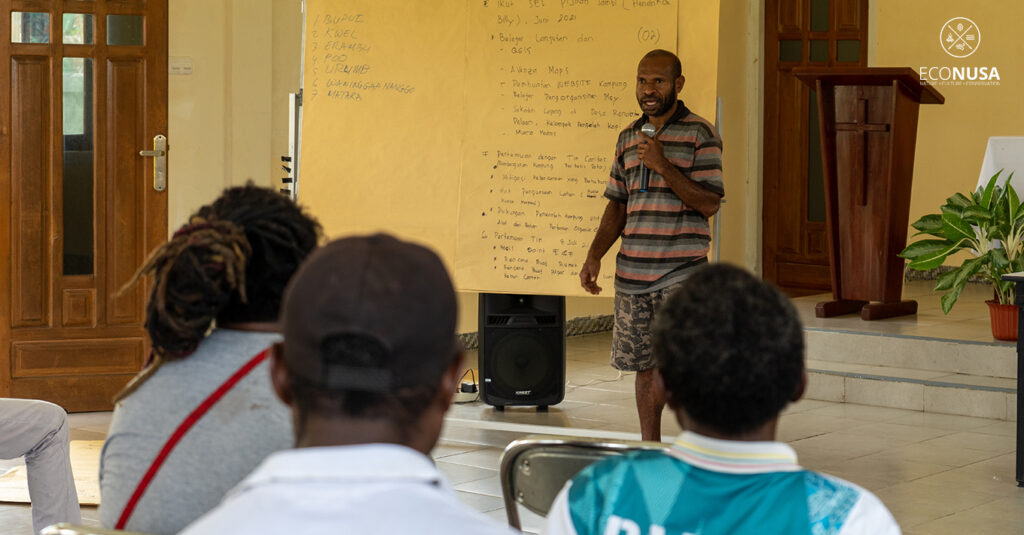 Living in the fertile Cenderawasih land does not necessarily make the indigenous people in Merauke Regency, Papua Province, has food resilience. Household spending for food is relatively high. On the other hand, agriculture productivity is low. Besides, living side by side with palm oil estate also makes the locals vulnerable. “Medicine and all stuffs we […] As the civitas academica, students have duties to perform a university’s three pledges (Tri Dharma). Community service program implemented at Konda District by Pendidikan Muhammadiyah University (Unimuda) of Sorong, West Papua, is deemed the manifestation of the pledges. The method of community service study (KPM) highlighting the learning freedom model was carried out on 6 […] 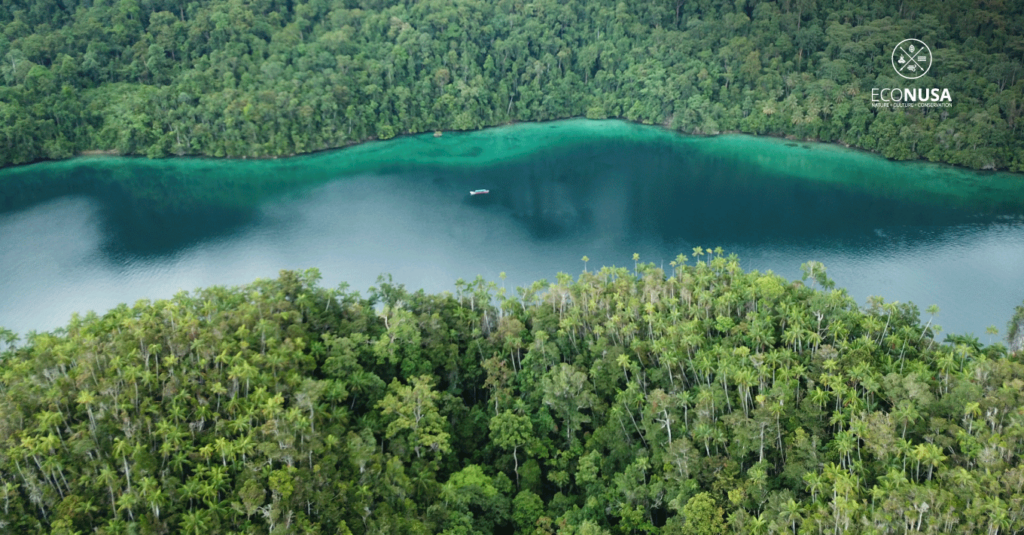 Sustainable development in Tanah Papua has become a joint commitment of all parties, including central government, regional government, green organizations, and local indigenous peoples. According to West Papua Governor Dominggus Mandacan, the collaboration is important. One of the purposes is to perform the Declaration of Manokwari which visions peaceful, sustainable, and dignified Tanah Papua. “To […]