Papuan forests are the last frontier for Indonesia to cope with climate crisis. As the frontier that protects us from any threat, we should take care and defend the remaining natural richness in eastern Indonesia. It is the duties of all community elements ranging from government, business persons, private sector, to the nation’s young generation to defend those forests.

However, up to the moment, environmental issue has not yet been considered as substantial issue for young people, particularly in Papua. “There are many young people who do not care about the issue. Now, the youngster is deemed cool if they are good looking, cool lifestyle, and keen on hanging around,” said Dessy Boban, the Chair of Students Council (OSIS) of the School of Indonesian Children (SAI) to EcoNusa after PACE (EcoNusa Talk and Story) event in Bogor on Wednesday 27 April 2022.

The EcoNusa’s event here was entitled “Forests and Sustainability of Future Generation” which was attended by more than 50 participants from SAI ranging from elementary school, junior high, senior high schools up to their teachers.

On the event, Nina Nuraisyah, EcoNusa’s Communication and Youth Mobilization Director, shared her knowledge on climate change, its impact to Indonesian nature, and how students as young generations could take parts in natural protection of Tanah Papua and combat climate for a better future.

Nina said that young generation has very crucial role to combat climate crisis. If climate change mitigation and adaptation is not performed at the moment, it is possible that they would put up with natural resources shortage, poor air and water quality, and other adverse impact of climate change in the near future.

“Education system in Indonesia is good, but the new dream is how the local context could be mainstreamed into teaching and learning process at the education institution to support sustainable development. This is important because public has actually acquired their local wisdom in natural management without destroying it,” Nina said.

The abundant forests in Tanah Papua is threatened by deforestation due to land use change. Data in 2001-2019 shows that around 663,443 hectares of forests have gone in Tanah Papua. The highest lost happened in 2015 with 89,881 hectares of forests were gone. This did not only affect the loss of biodiversity, but also contribute to global warming that leads to climate crisis.

The miserable fact on the contracting forests in Tanah Papua will determine the future of young Papuan generations and this has drawn SAI’s attention. This became the reason for SAI to invite EcoNusa to share its knowledge with the students on the important balance of human life and nature. “This is intended to build nature and human particularly in community economy development so as to become a developed and profitable ecosystem. It is not only human that gets profit but also the nature,” said Yanto.

In daily teaching and learning, as to Yanto, SAI has special curriculum on Papuan Culture and Modernization Studies. With the curriculum, the learning materials were delivered through a more holistic approach based on the nature and culture of Tanah Papua.

“We hope the children understand all natural potentials. Not only utilizing them, but they could also protect nature. What for? Well, it is for the sustainability of their next generation,” said Hani Hamidah, an SAI teacher.

Hani also said that the SAI instructors should cope with challenge particularly when they should make the students aware of the nature protection. There are many who is aware of the importance of nature and threat for forests in Tanah Papua. However, they still need endorsement and stimulus to call for their active action. For the reason, it needs consistent driving force from stakeholders, particularly teachers to build that kind of awareness.

As to Dessy and other Asmat peoples, forests are the mother that provides source of life. They could afford sources of food, medicine, and knowledge from nature.

The significance of role and contribution among young generation is unavoidable in the effort to protect and defend nature in Tanah Papua for mitigating the impact of the ongoing climate change adverse impact. Dessy representing her generation agreed with this notion.

“As to me, young people should have played a more major role for ecological issue, let alone in Papua. I want Papuan nature remains unharmed and we should never lose control. We should do something immediately to prevent Papuan nature from more destruction,” said Dessy. 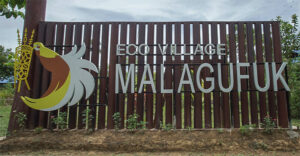 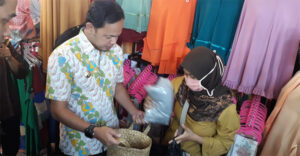 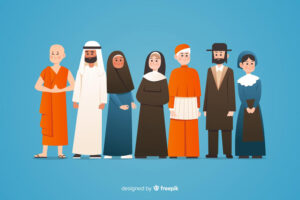