Nutmeg is one of the major sources of income to the villagers of Egarwara, Wermenu, Kufuryai, and Manggera Villages in Kaimana Regency, West Papua. Each village located at Arguni Bawah District has 40-78 hectare plots of land for nutmeg cultivation which generates Rp. 39-62 million per year. “Nutmeg is plantation commodity that helps sustain natural resources done by the locals,” said Adoris Ranggafu, the village chief of Wermenu.

However, not all nutmeg producers have optimally managed and made use of the local potentials. This is the case at Egarwara, Wermenu, Kufuryai and Manggera. Local planters at those four nutmeg producers have not been organized yet. “Nutmeg management and utilization are not optimally done yet in terms of cultivation, business as well as institution,” said Abdul Rahim Furuada, Kaimana Regency’s Head for Regional Development Planning and Research Development.

In fact, Indonesia is one of the largest nutmeg (Myristica fragrans Houtt) producers in the world. Indonesia supplies around 75 percent of the world’s nutmeg markets. The country exports nutmeg to European Union, Vietnam, United States of America, Netherland and Japan. Data from the Agriculture Ministry’s Plantation Directorate General shows that nutmeg export value was around USD 111.69 million in 2018 with a total of 20,202 tons export volumes.

One of the suppliers of export here is West Papua. In the 2020-2024 National Medium Term Development Planning (RPJMN) , nutmeg is one of the champion commodities in Papua in the nationally prioritized development project. The government targets national nutmeg production will increase from 37,496 tons in 2019 into 80,445 tons in 2021.

To optimize the local potential, EcoNusa Foundation conducted an assessment of nutmeg production and potentials at four villages in May 2021. EcoNusa followed it up by organizing discussion involving communities of the four villages in July. From the discussion, EcoNusa concluded that the farmers coped with various challenges. For instance, nutmeg is sold as raw materials without any processing. They do their own marketing without any farmers group. “They do not have working regulation and mentor,” said Arya Ahsani Takwim, EcoNusa’s Program Associate for Natural Resource Management.

On the meeting, the community agreed to draft Nutmeg Management and Utilization Planning (RPP-Pala) as working reference. With the preliminary RPP draft, they plan to build community’s role and capacity for nutmeg management. They are expectedly to have added value from processing nutmegs. There is also effort for development of an efficient nutmeg marketing with decent profit to the farmers while developing cooperation among villages and stakeholders.

The communities of four villages agreed to establish a joined Village-owned Enterprise (BUMKam Bersama) belongs to the four villages. They call it “NEMBEVE” which means ‘towards a better change’. The administrators, such as director, secretary, production manager and marketing manager are selected from those villages. The supervisory body consists of four village chiefs. BUMKam will seek market for their local nutmeg. The initial draft of RPP-Pala and BUMKam was scrutinized further on a meeting with Kaimana Regency officials organized by EcoNusa on 18-19 August this year.

With these collaborative efforts, they expected that it will improve the locals welfare. “We want nutmeg farmers to be self-reliant and prosperous,” said Beatris Tefruam, the chief of Kufuryai Village. 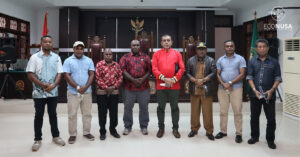 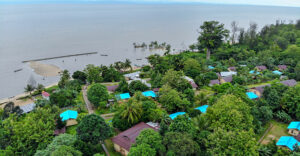 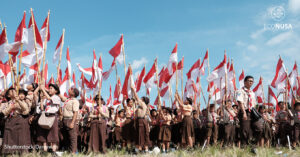