Nuruwe Village in Kairatu Barat District, Seram Bagian Barat Regency, has various commodities developed by the local community. Nutmeg, clove, coconut (copra), sago, seaweed, and traditionally made liquor, sopi, are among the commodities here. But, among the leading commodities, there are no prioritized commodities yet.

Hesty Matital, a villager cultivating seaweed from Nuruwe, said that they have currently failed short of crop due to pest so-called buluh kucing.

“We fail our crop. We have no idea of what cause. But it is due to buluh kucing for sure,” Hesty said.

Hesty added that Nuruwe community has cultivated seaweed since 2005. She claimed that such crop failure has never happened before. She assumed that it happened due to seed exchange prior to the distribution.

“Or, perhaps we got the seeds that had been mixed up with other ailment-contaminated seeds,” she said.

In this village, there are at least 8 group of seaweed fisherman. These groups have been assisted by the relevant office from Seram Bagian Barat Regency. Unluckily, there is no cooperative accommodating their products.

Seaweed fisherman here could only sell their products to the middleman. One kilogram of wet seaweed usually costs IDR8,000 and the dried one IDR15,000. But, since the pandemic, the price drops to IDR5,000 up to IDR8,000.

Fit Lewaney, another member of fisherman group, shared similar concern. He said they do not have a cooperative that could manage the sea products from fisherman. The group has proposed the issue to Seram Bagian Barat’s Fisheries and Maritime Office, but no response yet.

In Nuruwe Village, the challenge does not happen only to seaweed commodity but to many kinds of commodities. Sopi for instance. The community might produce it to earn income. But on the other hand, Maluku Government has never legalized sopi.

Responding to the various problems, EcoNusa has an initiative to see fisherman and farmer groups in the village. This initiative is deemed an effort to map the major commodities in Seram Island.

“So, we want to make sure on what commodity the local community here rely their livelihood. In Nuruwe, we cannot find any fish at all,” he said.

Concerning with seaweed cultivation in Nuruwe, EcoNusa Maluku Expedition team intends to ensure whether or not the seaweed commodity could support the food resilience EcoNusa will try to educate the community in a bid to maximize the local commodity.

“Our reason to be in Nuruwe is to plot commodity and to educate the community. EcoNusa plans to provide a trading ship in Banda in the near future. We will collaborate with Pattimura University,” said Wiro. 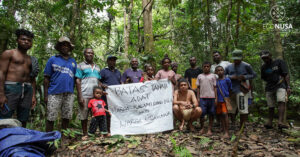 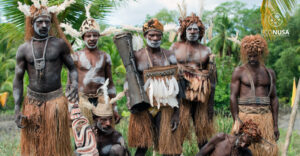 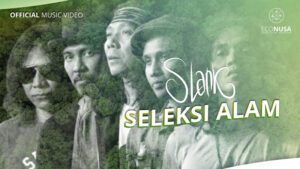