The House of Representatives  passed three draft bills  on  new autonomous regions in Papua to become the House’s initiative bills through plenary session on Tuesday, April 12, 2022. If the bill is passed, it will become the legal foundation of the creation of three new region expansions, namely South Papua, Central Papua, and Papua Central Highland. However, these regional expansion plans are considered to be full of problems, one of which is the lack of communications with the Papuan natives (OAP).

Timotius considered the problems of regional expansion plans in Papua are closely related to the problems in the Papua Special Autonomy Law. The Law Number 21/2001 mentioned that the law amendment can be done with approval of MRP and DPRP to the Lawmakers or Government. However, after 20 years, the Law Number 2/2021 which was  unilaterally made by the Central Government was published as a substitute, without MRP involvement.

According to Timotius, the mechanism that runs improperly has harmed the OAP constitutional rights. This gives MRP the reason to propose a judicial review against the Law Number 2/2021 to the Constitutional Court (MK). Until now, the judicial review process is still ongoing.

Amnesty International for Indonesia Executive Director, Usman Hamid, said that the regional expansion draft bill was the decline of democracy. Some indicators of the decline are marked by the weakening local governments, minimal access for media cover, high repression level, and also noncompliance with the law.

“Regional expansions based on the new 2021 Special Autonomy Law, which was made without any consultation with Papuan People’s Assembly, without consultation to Papuan People’s Representative Council, and also Papua Governor, reflect the noncompliance with the law that have been previously agreed,” Usman said.

Usman explained that Amnesty International reported the repression level in the region of expansion is still high. Especially in Intan Jaya, extrajudicial killings, evacuation, and other human rights violations still happen. This condition is strengthened by the rising military presence as from 2 posts in 2019 to 17 posts in 2021.

Reverend Dora Balubun also regretted the regional expansion plan. According to her, most human rights violations happen in the regions of expansion. One of the examples occured in Maybrat, West Papua. Thousands of Maybrat civilians have become refugees since September 2021 until March 2022 because of conflict between security forces and West Papua National Liberation Army (TPNPM), but still with minimal approach from the government.

“They are civilians who become refugees and do not get any attention. How can the expansion happen in the middle of inequality of justice, inequality of welfare, inequality of education, inequality of many problems faced by Papuan people these days? So, my question is this expansion a gift? Or, is it a disaster sent to Papua peoples?” Dora said.

In response, the Regional Representative Council (DPD) member from Papua, Yorrys Raweyai, explained the reason behind the expansion scheme. According to him, regional expansion in Papua is not seen from the demographic but rather geographical viewpoints. This is a strategic plan by the Central Government.

“We can’t focus too much on judicial review at MK now, but the most important thing is the discussions about Perdasi and Perdasus because in July they (must) be done,” Yorrys said.

Responding to public rejection, Yorrys argued that the regional expansion had ever been submitted to the former regime of President Susilo Bambang Yudhoyono. Even the President’s mandate has been issued. But, the budget was not sufficient to conduct expansion at that time. 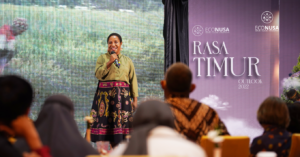 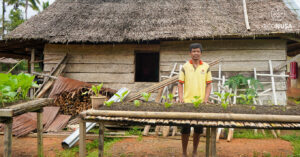 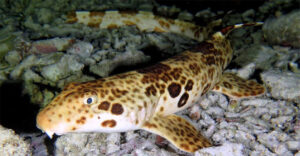