The Palm Company under the guise of corn must leave Papua

The EcoNusa Indonesia Foundation strongly condemns the actions of PT Bintuni Agro Prima Perkasa (PT BAPP) operating not according to the initial permit so that the indigenous people in Kebar, Tambrauw, West Papua feel cheated. For this reason, the EcoNusa Indonesia Foundation fully supports the efforts of Kebar Residents to request the revocation of PT BAPP’s permission from the Minister of Environment and Forestry.

“We reject attempts to trick indigenous peoples in Kebar. Conversion of Forests into oil palm plantations can no longer be tolerated, especially since there is an Inpres 8/2018 on oil palm. Therefore, the Government, in this case the Ministry of Environment and Forestry must revoke the license of PT BAPP and investigate the deceptive efforts carried out by PT BAPP to the Indigenous People of Kebar. The spirit to make West Papua a Conservation Province must not be tarnished by this effort, and the Company must comply with all customary provisions in the Land of Papua, “explained EcoNusa Indonesia’s Director Melda Wita Sitompul.

Samuel Ariks, Community Leader of Kebar stated that PT BAPP initially asked for permission to use customary land for planting corn. Even then, for areas with Imperata only.

Ariks stated they were given Rp100 million for compassion. However, the money was returned when they learned that PT BAPP was actually operating in the forest. Moreover, they heard that it was the oil palm plants that PT BAPP was about to plant.

“We feel cheated! We feel our fate and future are threatened. When we protested at the company, they only showed us the documents signed by us. We don’t know where the signature is from. So we immediately returned the 100 million from them. They cannot buy our customary land, “explained Ariks.

To fight for his voice, Jan Sedik held a petition on Change.org to ask for support from the community. The petition was specifically given to the Ministry of Environment and Forestry. Until now the petition has reached 56,187 people who signed the petition.

Previously, the indigenous community of Kebar conveyed their aspirations to the Justice, Peace and Integrity of Creation (JPIC) Synod of the GKI. In addition the local DPRD also formed a Special Committee.

“The forest has been cleared, sago has fallen, we are asking (the Ministry of) Forestry which is said to protect the forest to revoke the permit,” said Ariks.

Yansedi, one of the people from Kebar said that the Environmental Impact Analysis (EIA) should not be issued when the community rejects the company’s operation.

“So we hope that this permit will be reviewed or revoked. We already have ecotourism and a green economy there, we don’t need oil palm, “he said.

In addition to PT BAPP, in submitting the petition to the Ministry of Environment and Forestry, several companies that planted oil palm were rejected by local communities, namely PT Subur Karunia Raya in Bintuni, and PT Korindo in Boven Digoel.

“West Papua as a conservation area, we ask that the land for other use areas (APL) be upgraded to protected forests and others,” said Yohanes Akwan from Bintuni. 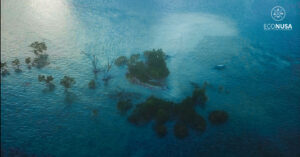 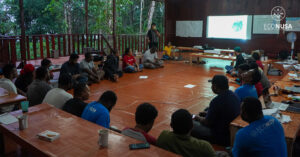 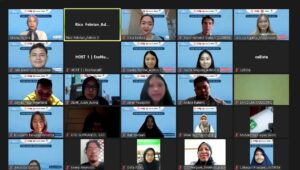