For people in Kaimana Regency, particularly in Arguni Bawah District, West Papua, nutmeg is not merely part of the ancestors’ culture and history. For villagers in Kufuriyai, Manggera, Egarwara, and Warmenu, nutmeg is the commodity for livelihood.

With a total of 197 hectares of local plantation area in those four villages, nutmeg provides source of income ranging from Rp45,000,000 to Rp67,000,000 in each village every year. It is no wonder that nutmeg is the promising commodity in Arguni Bawah.

“Nutmeg is the major support for domestic economy in four villages. It might be said that 99 percent of the villagers income in Kufuriya, Manggera, Egarwara, and Warmenu is acquired from nutmeg crop,” said Beatris Tefruam, the Village Head of Kufuriyai.

However, the community could not manage nutmeg well yet. For instance, the locals frequently harvest the nutmeg regardless the time so that the price of nutmeg in Arguni Bawah only cost Rp35,000 per kilogram. The price is low. If well-managed, the price could be far higher as that of in Fakfak Regency which costs Rp50,000 to Rp100,000 per kilogram of nutmeg.

“Sometimes the nutmeg is not ripened yet when harvested and the nutmeg is packed into a sack despite the unfinished drying process,” said Freddy Thie, the Regent of Kaimana.

To bolster the nutmeg quality, Irarutu tribe residing in Kufuriyai and Manggera Villages applies sasi (traditional way of nature protection) for nutmeg inherited by their ancestors which was then called sasi sambite. The sasi here bans any villager to crop nutmeg at a certain period of time based on the communal agreement.

In terms of culture, the sasi of nutmeg here is unique as this is the first traditional ban for plant. Normally community in Kaimana Regency applies sasi for sea as done by Namatota and Adijaya Villages. Sasi sambite was applied by the villagers of Kufuriyai and Manggera when local communities of both villages have got too much benefits from nutmeg for personal use in such a way that if downgrades the quality.

Sasi or traditional ban here is believed by the community to provide positive impact which keeps the sustainable natural resources, including nutmeg utilization. Nutmeg is their main resource of livelihood with higher price than the other domestic products. It is not merely the case, the traditional ban for nutmeg at Kufuriyai and Manggera is also part of the conservation of ancestral culture to boost the nutmeg quality.

Unfortunately, urgent survival need has once left the traditional nutmeg sasi inherited by the ancestors. Consequently, the communities in the four villages continued cropping the nutmeg based on their needs without considering their maturity.

“If the traditional sasi does not exist, there will be massive exploitation that could destroy environment,” said Beatris.

Sasi sambite performed in Kufuriyai and Manggera Villages is not the only traditional way for the locals to improve nutmeg quality in Arguni Bawah. In this context, the village administrative allocates the village fund to plan a nutmeg development program.

“More than four villages have allocated and will allocate Rp791,000,000 budget or 20 percent of the village fund,” added Beatris.

The village fund allocation will be allotted to establish a Village-owned Enterprise (BUMKam) called Nembeve that locally means “transformed into a better direction”. BUMKam is expected to bridge the farmers and market as there will be a quality control system for nutmeg commodity. Therefore, nutmeg quality produced by the community will have higher prices. 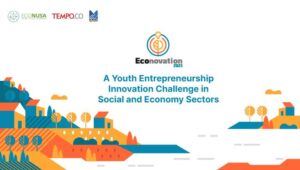 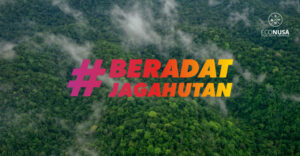 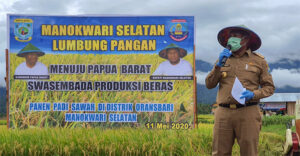