The Covid-19 pandemic made the world take unimaginable attitudes and steps. This pandemic has affected 210 countries in the world. According to data from the World Health Organization (WHO), until August 10, 2020 there were more than 19 million people infected with the corona and more than 700,000 people died. The same thing happened in Indonesia. There were 127,083 cases of corona and 5,765 people died.

Likewise in eastern Indonesia. Tanah Papua, one of the regions in Indonesia with a large number of indigenous people, is recorded in statistics as one of the areas with a high number of corona cases. As of August 10, 2020, there have been 3,278 cases in Papua Province and 557 cases in West Papua Province.

This number cannot be underestimated because there are more than 300 indigenous tribes living in the Land of Papua and the Maluku Islands, which are scattered from forest areas, mountains, coastal areas, and small islands.

Indigenous people are the group most vulnerable to corona, because the lifestyle of the community tends to be communal with high dependence among its members. In addition, access to health facilities, limited medical equipment, is also difficult and the distance to the field that needs to be reached by medical personnel has increased the risk of death for indigenous people affected by the corona.

Spokesperson for Handling Corona in Papua Province, dr. Silwanus Sumule, stated that Papua lacks the necessary resources to deal with Corona, considering that there are only seven lung specialist doctors in Papua. In addition, of the 200 isolation rooms in Papua, only 2 isolation rooms meet the standards of the World Health Organization (WHO). This is made worse by the lack of availability of a ventilator as a breathing apparatus, which is only 60 units. Seeing this condition, of course the health impact of this pandemic is quite large for indigenous peoples.

Apart from health impacts, corona also has an impact on the people’s economy. The quick move by local governments to close access to transportation has resulted in an increase in the price of basic goods. The ecotourism practice managed by the local community immediately stopped. They returned to their previous activities such as gardening and fishing. Ecotourism, which was the main source of income, automatically stopped operating.

Anton, the initiator of the mama Papua cooperative, told the Econusa Foundation the impact that the community has had regarding this pandemic. According to him, there are economic losses that must be borne by the community due to the cessation of trading activities. For example, 1,000 banana bunches in Kaimana Regency were canceled due to the pandemic.

Community protection and assistance to medical personnel in Tanah Papua and other eastern parts of Indonesia are of the utmost importance at this time. For this reason, the EcoNusa Foundation invites all parties to provide assistance as a form of protection for indigenous peoples as well as medical personnel in Papua Land and Maluku Islands. The assistance will be channeled to provide Personal Protective Equipment (PPE) and masks for indigenous peoples in forests, coastal areas and small islands in Eastern Indonesia as a form of prevention against corona disease. 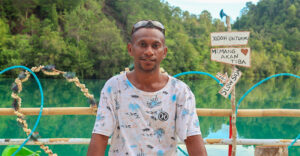 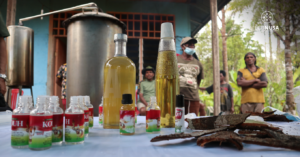 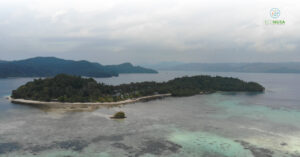