Five youngsters of Edor Village were selected as the training participants who were taught on basic journalism and technical assistance on website management. The young Edor villagers are expected to administer the website with some contents on local news and information independently.

Therefore, Hidayat urged that after the training, the given knowledge should be learned over and over again as part of the Edor Village’s assets. “You are part of the mandate of Edor Village to manage the website at best,” he said.

The participants got big picture on the use of website. Besides, they learned on how to write news, activities, important agenda, photo production, and news-worthy information.

Juan Pratama, one of the participants, said that they got new technical knowledge on news writing for website, the language style, and how to publish them.

Juan realized that his peers and he should change their writing habit. They have so far only updated their status or uploaded photos on social media with simple notes. “But, with the training, we are demanded to write with the Indonesian standard and correct sentences,” said Juan.

In response, Yudha Wirastana, an Information System Analyst of Kaimana’s Communication and Information Office who acted as a mentor, told the participants to have guts to try and make a mistake. “Never fear of doing wrong. The most important is that you have made a try,” said Yudha.

He expected that the millennial cadres could become pioneer among the villagers. He believed if the village is good, it means the community is also good, so the website should actively disseminate information.

“Hopefully we could introduce Edor Village to the world through village potential that will be promoted by the website,” said Juan.

Edor Village located adjacent to Kaimana City is one of the 10 villages at Buruway District in Kaimana Regency, West Papua. As to Freddy, as from 84 villages in Kaimana, Edor is deemed the more prepared village in digital era. The village which is inhabited by 42 families or 127 peoples still preserves their tradition which is newsworthy for extensive audiences.

Previously, the Head of Edor Village, Abdul Kadir Suban, said that in the digital and modern era like now, a village website is urgently needed because the village government is required to disseminate information more quickly. The website serves as the way to build an independence, local sovereignty, and information media for Edor development.

To the millennial cadres, Hidayat asserted that they live in the village, but they are not inferior, because they are internet and digital literate. “It should be induced into the people of Edor Village,” said Hidayat. 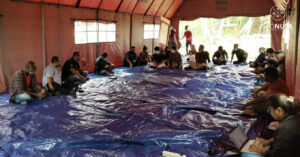 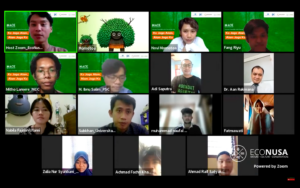 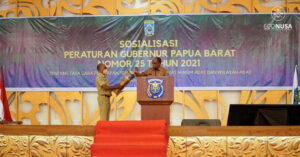