The formulation of a Special Regional Regulation Draft (Raperdasus) Sustainable Development in West Papua does not only focus on preserving the natural environment of Papua. One of the noble intentions is to recognize rights and ensure the welfare of indigenous peoples who also inhabit the forests of Papua and West Papua.

The voice became an echo in the implementation of the 2018 first International Biodiversity, Ecotourism and Creative Economy (ICBE) Conference. A number of Speakers in the Sessions that were held voiced that.

“There are 7 Indigenous Peoples that we need to hear in this Land of Papua. And with abundant natural resources in the Land of Papua, we have made a major contribution to the interests of the country and the international world. So our hopes through special regional regulations and other regulations as long as they do not conflict with government policies, we hope they can be accommodated so that we can accelerate development in Papua, “said West Papua Governor Drs Dominggus Mandacan while speaking in the Plenary Session.

He said the central government could accommodate and assist community efforts in Papua to preserve nature. “As I said yesterday, those who maintain this forest should also be given incentives in the form of Ecological Fiscal Transfer, also expected in the determination of the General Allocation Fund (DAU) and Special Allocation Fund (DAK) by the Central Government should also take into account the extent of conservation areas and protected as one indicator.

Efforts to appreciate the indigenous people who guard the forest area were voiced by Papua Province Secretary II Noak Kapisa. Speaking in the same Plenary Session, he said that there was a need for incentives for indigenous people to protect their area.

“People who protect the forest can be given incentives, either through DAU or DAK. Because it is in accordance with the vision of Papua 2100, prosperous society, and the region’s natural resources are also sustainable, “he said.

ICBE 2018 Working Team Chair Charlie Heatubun said that the change of name from the special Provincial Regulation of the Conservation Province to Sustainable Development was carried out in the interest of the community. Because the Conservation nomenclature only makes people afraid to manage and even touch certain areas.

“With this the philosophy is modern, so we can use it wisely. We are not not using our region, but use it for the welfare of the community, “he explained.

Chairman of the West Papua Province DPRD Pieters Kondjol stated in a different session that there was a special regional regulation being drafted to ensure the rights of indigenous peoples. In the process of drafting, the DPRD always consults with the Papua People’s Assembly (MRP). He said the role of indigenous peoples is very important to protect 9 million hectares of forest area in West Papua.

“We hope that with our commitment to sustainable development, there are incentives provided either from the DAU, DAK or other funds. So that the community can also monitor our forests, “Pieters explained.

The Director General of Conservation of Natural Resources and Ecosystems of the Ministry of Environment and Forestry (LHK) Wiratno said that the Minister of LHK is currently drafting a Ministerial Regulation on the conservation province.

“And that will be seen from protected forests. Not only in Papua, but other provinces in Indonesia. There will be a policy from the Ministry of Environment and Forestry to encourage or essentially assist forest development, technical assistance, and policy support to develop options for managing forests without cutting down, “he said.

There are many ways to ensure the sustainability of the forest but also to ensure the welfare of the community. “Forest is not a timber. So what was declared and tried to be encouraged by Papua and West Papua is one extraordinary example. Papua will inherit this forest for a thousand years, “he said.

Meanwhile, Papua University Agus Sumule Academics pushed for the institutionalization of indigenous peoples to be immediately carried out.

“If there is a strong institution, then in the future if there are investors who want to enter, they can have strong defenses,” Agus explained.

Based on data compiled from the West Papua Social Forestry Acceleration Working Group, in the 2017-2018 period there were 31 proposals from the Village Forest Management Agency with an area of 101,243.16 hectares. While for customary forests, there are 7 districts that are completing the requirements, the regions that have a Local Law Recognition and Protection Law for the Customary Law Community are Sorong Regency, and the ones that have drafts are Tambrauw Regency, Bintuni Bay, and Mansel.

ICBE the second day, Tuesday (09/10/2018) will discuss policy support and funding for conservation areas. On that day, there will also be 3 plenary sessions and 3 parallel sessions. 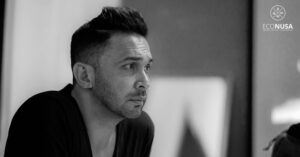 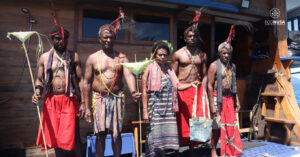 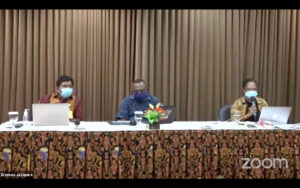