Ngalum Ok tribe is one of the indigenous Papuan tribes dwelling in the Oksibil Valley, Bintang Mountains. Like the other indigenous Papuan tribes, the life of the Ngalum Ok people has a very strong connection with nature. Most of Ngalum Ok peoples cultivate crops as their main livelihood. Some food crops here are like om (taro/caladium), batatas (sweet potato), cassava, gedi, wax vegetables (Saccharum edule), and others.

For Ngalum Ok people, om (taro) is the main staple food that has both physical and spiritual meanings. The Ngalum Ok people who own a taro garden are considered to be rich and respected people. Om is a sacred ,special food, and serves as a means of humanizing humans. These are often served to guests and also used as provisions for people who are going on long trips.

Like a sacred plant, planting om should follow the customary rules. The first planting must be done by om uropki (head of the village for economics) in the apiwol (traditional house), then other families open the om (taro) garden. Ngalum Ok’s men are in charge of clearing the land, and building fences. Meanwhile, women play a role in preparing seeds, planting, and processing future crops.

The Ngalum Ok people have special places that are considered good for the om garden. The ideal places, for example, might be near apiwol, okabol (springs), okking (hill slopes), a damil dalo (under a big tree), and mangol yepbali (above fertile soil).

In the traditional ceremony of the Ngalum Ok tribe, om and kang (pigs) are the main tools for communicating with Atangki (the Creator) and have a value for humanizing the Aplim-Apom humans, their ancestors. The traditional elders also believe that om is a means for diplop ngatoron (strengthening the heart) and pinong ngatoron (renewing the mind) so that they can grow up to be strong people in life and have mature thoughts and behaviors, just like ok (water).

Om is also deemed a holy banquet that must be served in Ngalum Ok’s traditional rituals and offered to Awi (the prophet) and Atangki, such as mir boperon (initiation), construction or repair of bokam iwol (a special male traditional house), and the death ceremony where the om will be placed next to the body of the deceased.

In addition, om  also serves as an appetizer for Ngalum babies who want to start eating adult food. Om symbolizes the spirit of life, and by eating it, the baby is expected to grow up healthy and have a strong heart. Ngalum people who have serious illnesses will also be fed with om in order to increase their strength from the spiritual side to get well soon.

Although it has a very crucial meaning for the Ngalum Tribe, om which is intended for traditional rituals may not be planted or eaten by women. The Ngalum people believe that the sacredness of the om used in traditional rituals can harm the health and body of the woman. If it is violated, it will bring disaster.

The existence of biodiversity that thrives in Papua is in fact not only important in daily needs. More than that, a lot of biodiversity, both plants and animals, have deep and philosophical meanings in the culture of the indigenous people of Papua, as it is believed, and one of them is the Ngalum Ok Tribe.

On the other hand, natural damage and loss of biodiversity will also have a major impact on the value of life and social institutions of indigenous Papuans, including the Ngalum Ok people. Therefore, let’s protect the rich biodiversity in the Land of Papua. 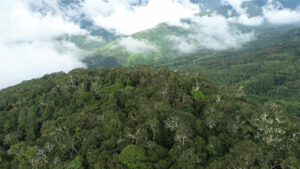 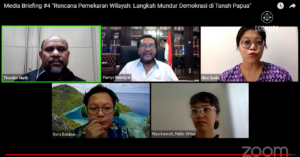 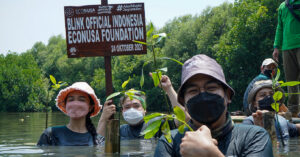