Mobile Brigadier (Brimob) officers were allegedly guarding the Mpur tribe, Tambrauw regency, West Papua, which was claimed by PT Bintuni Argo Prima Perkasa (BAPP). As a result, residents are afraid to come and take demonstrations to expel PT BAPP who is said to deceive the local community.

“We are afraid that if we go there, there will be Brimob officers. We have not entered there today. It is as if the land is a company. That is our land, our lives. Everything is there,” said Mpur Tribe Representative Samuel Ariks as stated. published on the CNNIndonesia.com news channel.

PT BAPP actually received a rejection from six other tribes in the land of Tambrauw Regency. That’s because the company’s plan to open an oil palm plantation under the guise of planting corn.

Samuel Ariks is one of six land rights owners that has been worked on by PT BAPP. He said the company came to the Kebar district, Tambrauw Regency in 2015.

One of the other six owners of the area, Veronica Manimbu, said that she also felt the fear of the community when arguing with the authorities to fight for the land that was the source of life for the local residents.

“If we fight with them, they bring Brimob so that we are afraid of the community. Maybe talk to that extent and we go home,” said Veronica.

In the same page, West Papua Regional Police Head of Public Relations, AKBP Hary Supriyono said that Brimob troops were seconded at the company. But people who want to hold demonstrations related to land matters need not be afraid of their existence.

“If they are arrogant, all they have to do is report the local Brimob. Because the company does not necessarily mean there must be a letter of request to maintain the security of the company,” Hary said, Friday (11/16).

Until now, said Hary, his party has not received public reports related to the arrogant actions of the security forces at the location.

“Even if people want to protest because of the behavior of individuals, yes, it must be followed up,” he concluded. 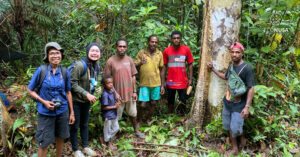 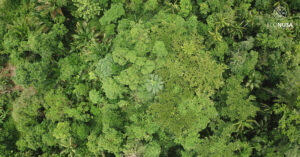 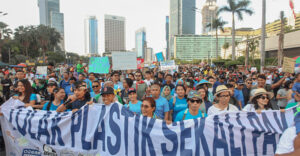