Exactly ten years ago the Indonesian Government announced an important political commitment, a moratorium or know as temporary suspension in the issuance of new licenses in primary forests and peatlands, followed by action to improve forest and peatland governance. This huge commitment later supported by the Norwegian Government by giving one billion dollars commitment in support of efforts to reduce greenhouse gas emissions in Indonesia.

This is an important political step for the protection of Indonesia’s forests. The commitment of the two countries was then signed in the form of an official Letter of Intent (LoI) on May 26, 2010. The Norwegian Government’s huge commitment to Indonesia according to the CEO of EcoNusa Foundation, Bustar Maitar, is a “bonus”.

“I call it a bonus because without it I am sure the government will remain committed to protecting Indonesia’s forests for the future of Indonesia,” he said.

The Indonesian Government’s hard work in controlling forest clearance and greenhouse gas emissions in the last ten years has been conveyed by the Minister of Environment and Forestry, Siti Nurbaya, that in the near future Indonesia will soon receive 56 million USD from the Norwegian Government as the first compensation the results of the reduction in greenhouse gas emissions from the land and forest sector. Indonesia, based on data from the results of reduced greenhouse gas emissions (result based payment) in 2016 and 2017, succeeded in reducing emissions by 11.2 million tons of CO2e. According to the Minister of Forestry Environment, this fund will be managed by the Environmental Fund Management Agency (BPDLH) launched by the Ministry of Finance and the Ministry of Forestry and the Environment on October 9, 2019, for efforts to manage the environment and forestry and public welfare.

This is an important achievement of the Government of Indonesia and would not have been possible without various corrective measures led by the Minister of Environment and staff including people who have been dependent on forests. “Corrective efforts such as licensing review must continue including encouraging sustainable social forest management,” added Bustar.

Furthermore, the CEO of the EcoNusa Foundation said that the majority of Indonesia’s remaining forests were in eastern Indonesia, especially in the provinces of Papua, West Papua, and the Maluku Islands. This region is not only rich in biodiversity and plays a vital role for the sustainable life of its people, but also stores hundreds of millions of carbons which is very important as a counterweight to the world’s climate.

Indonesia’s forests and peat plays an important role not only for the welfare of the community but for the local and global climate. Climate change continues to threaten the life of the earth from time to time. Failure to stop the rate of deforestation which contributes 25% to global greenhouse gas emissions is a failure in efforts to control climate change. In addition, during the Covid-19 pandemic, forests in the regions of Papua and Maluku became the largest source of food for the sustainability of the people who live around the forest. 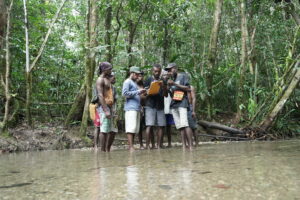 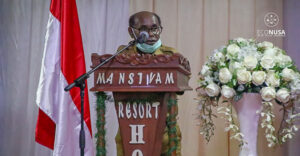