Apart from the public stigma of Tanah Papua concerning with the poor access of education, data from the Statistics Indonesia (BPS) 2021 shows a good hope. BPS reveals data that the average school year (RLS) of the above 25-year-old populations in West Papua continues to grow every year. The RLS in 2021 grew into 7.69 years as from 7.6 years in 2020. Despite the fact that the figure is still below the national RLS of 8.54 years, there is improvement of productive age human resources. RLS is the number of formal education year. It is intended to identify the quality of social education in a certain region.

Despite the progress here, there are still many figures who have concerns with local children education in Tanah Papua. Such deep concern has shifted Yosua Slak Kemesar, 25, in his colleague to form Wet Saifi Reading Club community in 2020. The name means a reading club for Saifi children as the community is in Saifi District, South Sorong Regency, West Papua.

Read also: Edor Village Not Inferior as It Is Internet and Digital Literate

Wet Saifi has made mobile learning at Mlaswat, Kwowok, and Knaya Villages. In an activity, there are about 10 to 15 children joining. They came from elementary school, junior high school, and sometimes senior high school.

“I perform the reading club activity here by mobilizing around,” said Yosua. In a week, he paid a visit at three locations. When he is free from personal business, Yosua could visit four to five times.

Having graduated from Junior Public School in Manggroholo, South Sorong, Yosua dared to go far from his village to study at Senior Public School, SMAN 3 South Tangerang City, in Banten Province. After that, he continued his education at the Jakarta State University (UNJ).

Having attained his bachelor degree, Yosua decided to go back to his hometown in Mlaswat Village, Saifi District, South Sorong. He dedicated to be an elementary school teacher to SD Inpres Komanggaret and SD YPK Manggraholo in Saifi District. Despite his status as a temporary teacher, it does not stop his passion to share virtuousness through education.

Having informed on the Youth Camp, Yosua expressed his interest to join. During the three day event in Sorong on 10-12 June 2022, it bolstered his spirit as an educator.

From the Youth Camp, Yosua realized that children should have knowledge on ecological issues from early childhood. He has so far considered that environmental issue has only got little portion at school lessons. He was motivated to put environmental issue into learning activities of Wet Saifi Reading Club.

As to Yosua, children should have comprehended environmental condition and its threating factors from early year so that they could have capacity to anticipate the lingering threat. “At least they learn to know it first,” said Yosua at Mibi Learning Center in Makbon District, Sorong Regency.

Among his peers in the Youth Camp, Yosua put his commitment into an action plan following the training. He planned to put environment as one of the topics among the children of Wet Saifi Reading Club.

However, with the financial constraint, Yosua could only hope that his community could have learning medium to provide environmental education to the children. The medium would help him and his peers to deliver the materials. “Just to make the children happy,” said Yosua.

Yosua has thus far run the reading community independently. He has never got any material or funding to run the reading club activities. He every so often covers all the expenses from his own money to support the community. 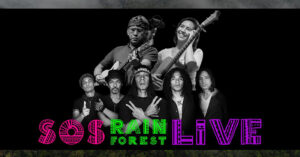 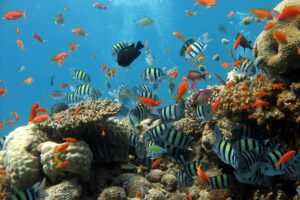 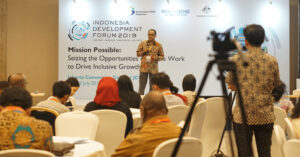