Forest utilization is not only through wood, wildlife, or forest conversion. Without the need to touch a human hand, the forest itself provides the benefits humans need to survive. Even more than that, forests also provide a way for economic improvement.

That thought settled on the head of Orgenes Dimara, a resident of Kampung Saporkren, Waigeo Island, Raja Ampat Regency, West Papua Province, in mid-November 2011. Orgenes realized the use of forests through ecotourism was far more beneficial: while nature was preserved, humans could live happily. Since then his daily life has been preoccupied as a tour guide after preparing the paradise bird park.

“I started the promotion, went to tourists to offer tour packages,” said Orgenes when met at the International Conference on Biodiversity, Ecotourism, and Creative Economy (ICBE) 2018, Manokwari, Tuesday (09/10/2018).

Orgenes offers bird watching services on Waigeo Island. It is estimated that there are 171 species of live birds on Waigeo Island; including bird endemic bird of paradise, hornbill, black elder brother, yellow crested older brother, green parrot, king prawn. Tourists must be willing to wake up in the morning at 5, climb the hill for 30-60 minutes before watching the paradise of dancing.

“Usually birds of paradise perch on trees that are used as parks. They called his friend to come. After the female appears, the male bird will take a position to seduce the female. The male dances jazz. It’s an extraordinary attraction so tourists are always satisfied, “Orgenes said.

Orgenes guests not only come from local tourists, but also foreign tourists such as Britain, Germany, America, Russia, France and India. In October to January, Orgenes is increasingly busy. His Mandors Guest House was crowded with tourists.

Citing Liputan6.com, throughout 2017 Kampung Saporkren is able to fill the coffers of around Rp. 300 million with the number of tourists visiting 1,000 people. In the same year, Saporkren Village holds the second best target village of the Ministry of Environment and Forestry’s Directorate General of Ecosystem Conservation of Natural Resources.

The success of Orgenes and the residents of Kampung Saporkren will never occur if they are indifferent to the forest and rely on fish catches. The reason is paradise is a “fussy” bird. According to Orgenes, the bird of paradise chooses a safe, calm and comfortable habitat. The roar of the woodcutting machine makes the birds of stress stressful and leaves their habitat.

Orgenes does not enjoy the ecotourism economic cake itself. He empowered the surrounding community to become a tour guide. In 30-60 minutes enjoying the attraction of birds, Orgenes can fill the coffers around 4-6 million. The income is sometimes used up after being distributed with guided tour guides. A total of thirty guided tour guides are from six clans.

“I don’t calculate profit and loss. But how do I become aware of bad people and promote people who don’t understand to join hands, unite their hearts to support conservation and preservation of nature. That’s the main goal, “said Orgenes.

Community empowerment continues. Orgenes is trying out a partnership with the Center for Conservation of Natural Resources in West Papua. From this cooperation, a Conservation Cadre was created. Its members are guided tour guides which are divided into three groups: smart patrol, forest gardens, and fire care.

Conservation cadres have caught animal poachers. Evidence in the form of air guns and air cylinders is stored by Orgenes. Orgenes hopes the owner of the air rifle comes to see him. He claimed to be talking to hunters about the benefits of the forest for the community.

“This is my hope. And my hope to the government, let’s join hands and want to see all the problems that occur in the nature of conservation and tourism, “said Orgenes. 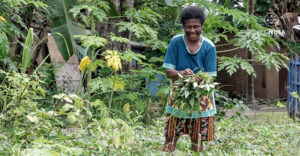 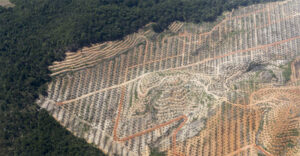 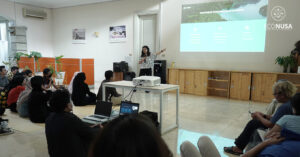