Yoboi is one of the number of villages surrounding Sentani Lake in Papua. In these neighboring areas, the community lives side by side with more than 1,000 hectares of sago forests ecosystem from generation to generations. So far, there are 22 types of sago growing in the forests. From sago, Yoboi people meet their needs of clothing, dwelling and food.

As to Billy Tokoro, one of the Yoboi youngsters who is also chairman of Yoboi Tourism Group (Pokdarwis), sago is like the god’s plant whose parts are all useful.

“From top to bottom, we can use is for a living. Sago leaves could be made for roof, its tree skin could be used as wall or floor. Its leaves could be made a plaited bag. The trunk is edible. After cutting it off and leave it for three days, edible sago worm will come alive,” he said while showing the harvested sago trunk to EcoNusa team.

Besides, the local community can utilize the residue of sago as planting media. Debora Waly, nicknamed Mama Debora, is a pioneer who mobilize the locals to cultivate organic farming at Yoboi since 1990s. The residue of sago is mixed with moss and water hyacinth can fertilize the soil.

“Here we do not have any land. Our parents formerly planted lemongrass and leeks just on the leaked buckets with soil taken from the village (sago forest). I told local residents that our grandmothers planted seedlings on some poles. When they need them for cooking, they just picked them. Then we made planting ground with soil to plant. Here we mix it with moss, water hyacinth with sago residue and soil,” said Debora.

She showed planting on her garden. The garden is not big as most Yoboi residing on floating houses on Sentani Lake. There are some kinds of vegetables ranging from spinach, cabbage, lettuce, mustard greens, tomato and ingredients such as mint leaf, chili and onion. She added, “Our village is the source of life. Despite the absence of land property, we take the soil form the village. We just plant seedlings and let them grow. We cook papeda (cooked sago) with our own vegetables. We cook sago worm as the side dish. All comes from our sago village.”

Sago is close to the Papuan culture. Even to harvest sago, Papuan people will commonly build a hut in the middle of the jungle to rest. Charles Toto, a Papuan chef and traditional culinary activist, said in his restaurant, Ungkea Jungle Resto.

It is no wonder that sago is one of staples commonly found in traditional Papuan food. Not only staple food, but sago is also processed into snack with various toppings. Surrounding Sentani, the community is also familiar with ouw, toasted papeda (sago-made food) with many kinds of toppings such as banana, mushroom, fish and sago worm.

Despite the fact that sago is widely found in some compositions of Papuan traditional culinary, many native Papuans have gradually shifted their consumption to rice. Charles Toto said that the government has played its role to shift the preference of local food among Papuans. “Indonesian people, particularly Papuans, should love more their local food. Based on data I studied, here we have more sago. We hope sago should be encouraged to be the major food, instead of the government policy which changes it into other vegetation which does not belong to Papuan characteristics by paddy field, palm oil and the likes.”

Billy has similar statements. Despite the large potential of sago in his village, the locals prefer consuming rice as their daily consumption. People consume sago only on special occasions or commemorations.

When seriously processed, sago actually does not only serve as the daily food but also valuable commodity. As to I Made Budi, an academician of Cenderawasih University, the community of Yoboi should improve the quality of sago production by derivative products. For instances, by making sago-based ice cream, sago noodle, sago cracker, sago brownies, sago-made ball, and the likes.

Besides, sago worm could be seriously cultivated rather than just picking directly from forest and selling it to market. “Cultivation of sago worm should be developed in Yoboi Village. Thus, there are some methods. In Thailand, it uses jars, buckets that are sealed using mosquito net. Then four or five beetles are put inside the buckets. It will be transformed into worm,” Made said.

He added that sago processing should be integrated from upstream to downstream. Never let any waste in vain which will cause contamination.

“Processing sago should be integrated. From leaf to skin can be utilized for building materials. Sago trunk can be processed into flour. The residue can be stored as feed stock for cow. Then the cow can be slaughtered into meat for sale and thus it generates more income than just selling raw sago,” he said. 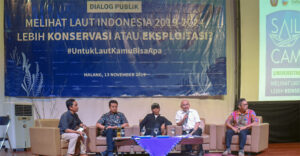 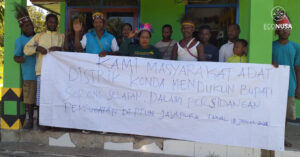 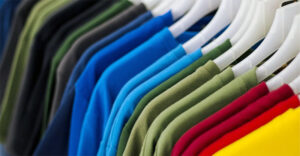