The impact of climate change is increasingly being felt, especially among traditional fishermen and coastal communities in Indonesia. As the most threatened community, fishermen have also made a number of efforts to slow down the climate crisis. One of the things is to open a space for discussion to increase public awareness and knowledge about the importance of participation in combating the climate crisis.

“This is a form of commitment from traditional fishermen, coastal women fishermen, and traditional fishermen in Indonesia to save and restore our coasts from environmental damage,” said Dani Setiawan, General Chair of the Indonesian Traditional Fishermen’s Association, when opening the online seminar entitled ‘Fishermen Cool the Planet’ on December 12th, 2022. This seminar was also held in commemoration of Archipelago Day on December 13th every year.

Dani explained that climate change had a huge impact on fishermen’s lives. The higher frequency of bad weather and high waves as the effect of the climate crisis, have threatened fishermen’s safety. Thus they’re forced to stop fishing which affects their income.

The climate crisis has also caused damage to coral reefs which are important habitats for fish and other marine biotas. Warming seawater temperatures also cause coral bleaching. Fish also migrate to cooler waters, forcing fishermen to go further out to sea. As a result, the demand for fuel is getting higher, and the catch is decreasing. These various threats ultimately have an impact on the disruption of food security for all levels of society.

Parid Ridwanuddin, Coastal and Sea Campaign Manager for the National Executive of the Indonesian Forum for the Environment (Walhi), added that another impact of the climate crisis is the risk of sinking coastal areas. Parid explained that in 2017-2020, Walhi identified 5,416 tidal floods, and in 2020 seawater submerged 1,148 coastal villages throughout Indonesia. Walhi estimates that there are 199 regencies and coastal cities in Indonesia that will be affected by tidal floods annually by 2050. If this happens, at least 23 million people will be affected, with a loss of IDR 1,576 trillion.

Parid said it’s really important to encourage advocacy towards climate justice as a movement to fulfill civil rights, especially for the most vulnerable community to the impacts of climate change, namely fishermen and coastal communities. “It is very important going forward, we push for a draft law (RUU) on Climate Justice to provide protection and recognize the rights of the people most affected by the climate crisis,” Parid added.

Talking about fishermen cannot be separated from fisherwomen who also have a stake in the development and joint efforts to fight the climate crisis. But unfortunately, the facts show that the gender gap experienced by women in the fisheries sector still exists. Mida Saragih, Ocean Program Manager for the EcoNusa Foundation, said women who work in the fishing sector tend to earn lower wages and are more prone to losing their jobs. “In fact, women are very strategic in supporting the independence of small-scale fisheries, including their involvement in efforts to fight the climate crisis,” said Mida.

According to Mida, in an effort to combat the climate crisis, the government needs to ensure women’s representation in every discussion room, and increase village resilience by increasing climate change literacy as a mitigation effort. In addition, it is also necessary to improve coastal ecosystems in a planned and sustainable way, regulate harvesting systems based on local wisdom, and strengthen collaboration between stakeholders, including the women.

Involving all parties in efforts to save marine ecosystems that are inclusive and recognize diversity is an urgent thing to do. The sea is a source of human life in order to achieve sustainable prosperity for the archipelago, especially for fishermen and coastal communities. More than that, a healthy ocean also contributes greatly to our efforts to fight and stop the threat of climate crisis. “Armed with the spirit of the Djuanda Declaration that formed the archipelago, we must protect the sea as well as fisheries and all the potential in it to be developed in a just and sovereign way,” concluded Mida. 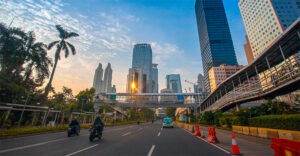 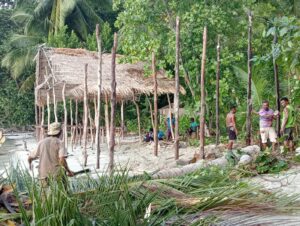 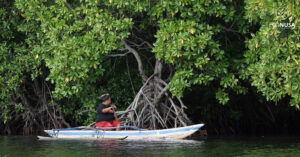