Home » EcoBlogs » The Last Fortress which is not free from threats

The land of Papua, the last bastion of tropical forests in Indonesia, is not free from threats. Transfer of land is one of the threats that makes forest areas in Indonesia’s easternmost province continue to decrease. In fact, Papua has become home to 20,000 species of plants, 125 species of mammals, 223 reptiles, and 602 species of birds that live in the provinces of West Papua and Papua.

The total forest area above is the result of annual depreciation due to deforestation. In the period of 2001 to 2018, the average deforestation rate was 51,527.71 hectares per year. Annual deforestation has risen since 2001 from 2.4 percent to 6.55 percent in 2015. Then it slowly declined until 2018.

“Papua is still dominated by forest cover. Unfortunately the threats that come can not be denied. Lowland forest areas are utilized by large land-based industries. Lowland areas in the south of Papua Land became the target of oil palm plantation development. In the south is a clay region, if oil palm is planted it cannot return to forest, “said Asep Adhikerana, one of the researchers in the study of carbon stock and deforestation in Tanah Papua, when describing the results of his research at the EcoNusa Foundation.

EcoNusa Foundation Program Director Muhammad Farid said, stopping deforestation in the Land of Papua could help Indonesia meet its national contribution targets (Nationally Determined Contributions) in accordance with the Paris Agreement. Furthermore, Farid highlighted the biodiversity lost due to deforestation. Papua is a “home” for a variety of endemic animals, plus a variety of flora that have a variety of potential for further development.

“5.5 giga tons of carbon stock is a large amount to be retained stored in the forests of Papua Land to help the government achieve the NDC target in reducing emissions. Then in the high carbon stock area, land conversion will make biodiversity disappear. This is a big loss, “said Farid.

Research and Geospatial Coordinator Darkono Tjawikrama said, at this time EcoNusa was working with the West Papua Provincial Government in reviewing forest use permits. In addition to using interpretation of satellite imagery, the research team also inspected the ground (ground check) and conducted a flyover to see firsthand changes in forest cover.

“If needed, we can also help Provisni Papua to review forest use,” said Darkono. 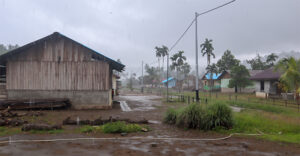 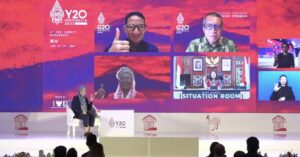