A number of commitments were expressed by the Provincial Governments of Papua and West Papua during the 2018 International Biodiversity, Ecotourism and Creative Economy (ICBE) International Conference in Manokwari, West Papua, Sunday to Wednesday (7-10 / 10/2018). Starting from the designation of 70% of the area as a conservation area, the vision of sustainable development, the recognition of the rights of the Customary Law Community, the determination of new conservation areas, to the revision of the Spatial and Regional Plan (RTRW) and licensing for conversion of forest areas in Papua.

However, the two Provinces which are in the eastern tip of Indonesia cannot do this alone. Therefore, the end of ICBE 2018 will be the beginning of a great work implementing these commitments.

In this case, collaboration is needed between the Regional Government, Central Government, State and Donor Institutions to the business world. If the right scheme for conservation is not found and how the incentive mechanism can be provided to conservation actors, 50% of Indonesia’s biodiversity in Papua will continue to be under threat of forest area conversion.

During this time, the Regional Government that conducts conservation tends to get help from countries and foreign donor agencies. Therefore, in the Conference several funding mechanisms that could be formed by the Government were raised.

The General Allocation Fund is a number of funds allocated by the Central Government to each Autonomous Region in Indonesia each year as development funds.

“Imagine the current DAK, just added indicators of forest cover, given to the regions that ‘your area, DAU depends also other than other indicators, it also depends on the forest cover in your area’, if next year’s forest cover uses satellite data to change, The DAU has also changed, said University of Indonesia Research Center for Climate Change Researcher Sonny Mumbunan at the Conference which took place on the second day, Tuesday (9/10/2018).

After that, the process of channeling funds is left to the Regional Government. Therefore, the next challenge lies with them to determine whether the distribution mechanism is in the hands of the Community as a community facilitator for conservationists or directly to the community.

The incentive mechanism itself has been implemented in Brazil and India. The two countries have arguably succeeded in increasing the area of forest cover with this mechanism. “In India, now the forest cover has increased by one percent, partly because of this. If in Brazil, they are competing to expand, “added Sonny.

The success of India in implementing the system was said by Sonny as the hope of the same scheme to be published in Indonesia.

“India is corrupt (level) like Indonesia, if it is (successful) in Norway, it has to think again, the institutional conditions are really different. But if in India, something like the challenge, more or less like that, “he explained.

“I think the Government of the two Provinces can begin to propose that, the current decision is indeed in the Central Government, but if there is pressure from the Regional Government, then it can be regulated,” said Sonny.

Yuna Farhan, Consultant from The Asia Foundation Team who also attended the occasion explained another mechanism that could be created by the Central Government as an incentive for regions to maintain their forest areas. The mechanism called Ecological-based Provincial Budget Transfer is the transfer of funds from the provincial government to the district / city based on performance in protecting the environment.

The formula used is the Basic Allocation based on forest cover plus incentives calculated from changes in forest cover.

“Thus we can calculate the incentives from Changes in the area of forest cover in each region compared to the previous year. If the disincentive (reduction of forest cover) is greater than the basic allocation, then the Region will not get TAPE funds, “he explained.

Regional Secretary of West Papua Province Nathaniel Mandacan at the conference also hoped for an incentive mechanism from the Central Government. He said that the prohibition on forest area conversion would certainly affect the people in the forest area. In addition to preserving the forest, the welfare of the community must also be guaranteed.

“Then we think about how the forest remains green, but the money is flowing, so let’s think, here are lots of smart people, there is a central government as well, let’s think about the mechanism, it’s definitely met,” he explained.

On this occasion he challenged the Central Government and other environmentalists to find an appropriate funding scheme so that people working to protect forests and other conservation areas in Papua do not feel economically deprived. Papua itself targets 70% of its area to become a conservation area in the Spatial and Regional Design Plan (RTRW) which will be reviewed in line with the Perdasus to be put in order.

On different occasions, academics from the University of Papua Ludia Wambrauw requested that the funds that were included in the framework of conservation not be given directly to the community without any assistance. The reason is, some examples of cases show that the use of funds is only temporary.

“Funding is important, but the most important thing is assistance so that it can be sustainable. If you want the long term, there must be assistance to the community so that the economy that is built is also sustainable, “he said.

For this reason, the regional government said he could utilize community partners who had been assisting both civil society and academia. Ensuring that the community’s economy is sustainable is also voiced by Hans Mandacan as the actor and manager of ecotourism in the Arfak Mountains. “Everything must be sustainable, therefore the forest must be protected, because for us the forest and all its contents are atm and money machines that always print money for the community,” he said. 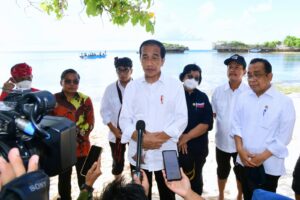 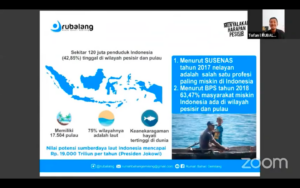 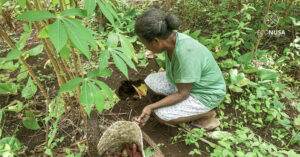