Home » EcoBlogs » The Concept of Conservation Do not Overcome Local Wisdom

For example, indigenous peoples in and around forest areas already have their own ways to care for forests without a commonly known concept called conservation. Indigenous peoples know which areas can be used as areas for farming and living, while there are areas that cannot be disturbed and sacred. Unfortunately, the concepts brought by the Central Government and modern scientists often forget this

That is what is also owned by the people in the Land of Papua. According to Young Researcher Antoni Ungirwalu, many concepts were forced into Papua. Unfortunately, the concepts that come in do not care about the culture in Papua that has existed for a long time.

In fact, community life in the Land of Papua is inseparable from the forest. The reason is that 60% of the people are in forest areas which cover 80% of the total land area of Papua and West Papua.

“Sometimes management is forced because they feel that the Papuan people do not understand management, but they are very knowledgeable about the use of territory,” said Antoni in the Papua Circle Discussion entitled The Presence of Young Researchers to Build Sustainable Papuan Land, in Jakarta, Tuesday (23/10/10) 2018).

On that occasion he explained excerpts from his research entitled Forest-Cultural Construction: Scenarios for Adaptive Management of Non-Timber Forest Products Based on Indigenous Peoples in West Papua. He mentioned that the potential of indigenous peoples in the forest area is the local wisdom they possess.

One example examined by him is how local communities provide value in the management of black fruit in Papua. According to him, management based on local wisdom automatically provides economic value.

“Don’t assume that the community does not have a concept, they are very extraordinary with their concept,” he said.

In his research, he said that all this time the concept of conservation that was implanted in society by the government was a study and system from outside the region and even the country whose implementation actually ignored the concept of conservation that was already owned by the local community. “The community has gone far in terms of conservation, unfortunately this is an informal understanding and system, so it needs studies, writings, papers, and so on so how to make this informal wisdom formal,” he added.

On the same occasion, Young Researcher John Mampioper exemplified the management of sago in Sentani district, Papua, also highlighting cultural aspects. Sago trees are classified according to their quality so that they are handled differently.

“So there is sago which is also sacred, high quality. Can only be cut down at the behest of customary leaders. Thus we can see that sago management also has cultural values, “he said.

Unfortunately the high rate of forest conversion to meet the needs of settlements and spatial planning compiled by the Regional Government often erodes sago forests. Therefore, it also has implications for the loss of culture that belongs to the local community.

“So we must protect this sago to protect the culture of the community as well. Sago forest conversion rate is high. “If people lose sago, then what they will eat, and their culture will disappear,” he said. 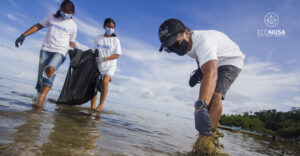 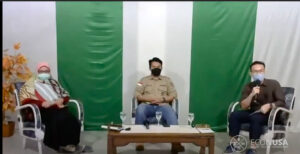