Environmental issues are one of the hot issues that are developing at this time. Everyone competed to speak up on this issue, both those who really wanted to protect the environment or those who just joined in. Many celebrities also began to talk about environmental problems that are getting worse, including one of Indonesia’s most famous bassists, Barry Likumahuwa.

Barry said through a telephone interview with EcoNusa some time ago that he was disappointed with the government for not giving the attention it should. As a rule, paid plastic bags just disappear. This is unfortunate for him because the government can actually do more.

Barry also spoke about deforestation. “Still less attention, but it’s better not like before.” He then continued the problem of air pollution, “As for air pollution for example in Singapore, cars for more than 10 years should not be used anymore while we see in Jakarta there are still 40-year-old cars. For this the regulation must be clear and firm. “

For the simplest problems, such as littering, Barry argues, “We have a habit of littering that is difficult to change, even though that is the main cause of environmental problems. To be sure, we have to change from ourselves, if we don’t change our lifestyle and our way of thinking, we also won’t be able to influence the people around us, even the world. “

Barry reminded, “Although it seems small, but one person was very meaningful.”

Asked what he had done Barry answered emphatically, “If I had always prepared a garbage bin in the car and strictly forbade the people who climbed into my car from littering. If it is full, for example, hold onto the trash until we find another trash can. “

“Other things like I really want to ride a bicycle everywhere, but because I have to bring lots of musical instruments it is quite difficult to do. Now that there is an MRT, I will start trying to ride it so that it can reduce pollution too. “Barry continued,” So small things like this in my opinion can be very big impact if people understand that this has an extraordinary effect on the environment “

As a musician whose job is to provide entertainment for music lovers, Barry believes that the stage is the most perfect place to ‘influence’ people’s thinking. “On stage, all who come to watch initially just want to listen to my music, but in the end they will listen to what I say so sometimes I all do a little campaign about the environment through this stage.”

Barry also has a message for people to be able to keep the earth healthy. “Most people who live in the current generation are indeed irresponsible and do not think about future generations, even though we must remember that later when we are not in the world, we pass on the earth to our children and grandchildren. Do you want to leave a broken earth? Hopefully this awareness can be built by everyone and every individual in Indonesia, moreover the nature is very rich and very dear (if it is damaged) it is only our own fault. “ 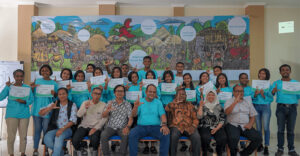 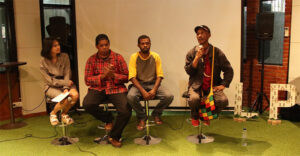