Young people have an important role in joint efforts to preserve the natural resources in Papua. The critical power of young people needs to be developed and developed to see various threats to the environmental damage that occur around them. This needs to be supported by information disclosure and spatial technology assistance that enables monitoring of nature conservation by various parties across generations.

“Young people can be involved to save forests in Papua. If you see people carrying wood, we must be suspicious because it is not necessarily legal. Especially now that it’s open. We can ask the Forest Service officials, “Darkono said in a virtual session of the SED Learning Class entitled” Tropical Forests and its Threats “on Tuesday, July 21, 2020.

Darkono said that forests and territorial waters not only have ecological functions. For people in Tanah Papua, forests, for example, are an integral part of community life. The culture and spiritual values of the people of Tanah Papua position the forest as a place that must be protected.

Unfortunately, Papua is not free from the threat of damage to natural resources. Natural disasters arise after forests have been converted into mining or plantation areas. This is for example reflected in the floods and landslides that hit Sorong City, West Papua Province. High-intensity rain that lasted from Thursday (07/16/2020) 17.30 CST until night had soaked 10 districts and claimed 5 lives.

The Mayor of Sorong, Lambert Jitmau suspects that flooding and landslides are not only caused by high-intensity rain. According to him, excavation of mine C which operates in 10 districts also played a role in damaging the drainage channels.

Reflecting on the incident, Darkono stated that floods and landslides in Sorong City became valuable lessons for studying the ecological crisis. “Floods and landslides occur before our eyes. This we can learn, develop, and we question ourselves. On average ecological damage occurs due to natural imbalances, due to extraction, whether legally or not, “said Darkono.

Utilization of technology can also be an entry point for studying and monitoring the natural resources of the Land of Papua. The Google Earth and Papua Atlas applications developed by CIFOR can be used as learning media as well as monitoring changes in forest conditions that occur throughout the Land of Papua.

Darkono said, the conversion of forest functions only provides benefits to investors. Even though there is a provision to maintain 30 percent of the forest area from the width of the island or watershed, as regulated in Act Number 41 of 1999 concerning Forestry. According to him, maintaining the forest area will only provide long-term benefits.

“The most beneficial in the long run is the condition where forests are not cleared. Many schemes can be used to add economic value to forests. Not only the conventional way. For example with environmental services such as ecotourism and social forestry schemes, “concluded Darkono. 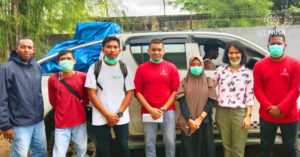 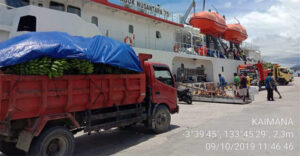 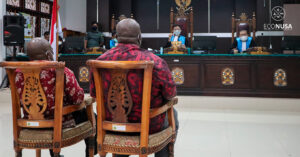