Global warming has big consequences for human behavior. The climate is changing to an erratic one that can upset farmers and fishermen on small islands. Natural disasters such as drought or flash floods can come at any time. In addition, spatial changes that do not heed environmental impacts also have an impact on society. If that happens, women are the most vulnerable group who feel that.

That was one of the discussions in the discussion entitled “Women’s Movement and the Environment: Mitigation and Adaptation Efforts to Climate Change on the Small Island”. The discussion was organized by the PakaTiva Society and supported by the EcoNusa Foundation. Present at the discussion included representatives of the Nahdliyyin Front for the sovereignty of natural resources (FNKSDA) of Ternate City, Srikandi of Ternate City, North Maluku Critical School (SC-MU).

KOPRI PMII Ternate City Nurbaya tells about the impact of the Steam Power Plant (PLTU) on Tidore Island. Aside from being a contributor to greenhouse gas emissions, the power plant also releases dust that is troubling the surrounding community. According to Nurbaya, women are the victims most affected by the presence of the power plant.

“Lots of women in their 50s and pregnant women often experience shortness of breath. Men who work at PLTU also experience shortness of breath. There is also a suspicion that the waste is discharged into the sea resulting in marine biota being killed, therefore fish in the sea around the PLTU are no longer healthy for the people to consume, “he said.

SC-MU Representative Hastuty A said the cultural change that occurred in North Maluku. Every year residents flock to take laor, a type of sea cacaing, for consumption. However, according to Hastuty, the habit slowly began to disappear since the reclamation produced emissions. Women in coastal areas, he added, now find it difficult to get fish.

“To get fish used to be very easy. They went to the beach enough to fish. But now it can’t anymore because the beach has been reclaimed. The fishing habits are gone even rarely found. “The reclamation has an impact on Patani District, where floods occur due to blocked waterways to the sea,” Hastuty said.

In addition to producing greenhouse gas emissions, the impact of reclamation is also felt by the people in Ternate City. According to Grace, representative of Srikandi of Ternate City, the reclamation that occurred in Sangaji Village, North Ternate District, to Kalumata Village, South Ternate District, covered traditional fishing areas in search of livelihoods and eliminated the surrounding public space.

“The mooring boat is gone. Children lose their place of swimming and playing around the coast. Pollution of dust due to trucks loading soil material which is very disturbing community activities. Reclamation also threatens the life of marine life because of the large amount of sediment flowing into the sea, “Grace said.

Participants in the discussion then agreed on a Follow-up Action Plan (RTL) in the form of policy recommendations to the local government regarding the impact of environmental changes on women. They worry that global warming will eliminate the small islands in North Maluku. There were seven RTL points that were the attention of the discussion participants. First, creative awareness to all parties about the sensitivity of small islands to the mining industry, forest conversion and reclamation of coastal ecosystems, which produce greenhouse gas emissions.

Writer: Mahmud Ici, Head of the Research and Development Department of the Pakativa Association, and Carmelita Mamonto, Maluku Regional Coordinator for the EcoNusa Foundation. 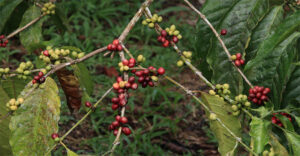 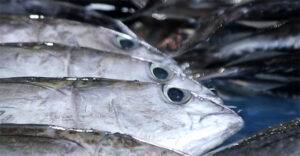 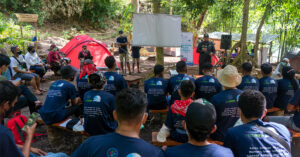