Located at the fertile land with abundant natural resources has given prominence to Kufuriyai and Manggera Villages in Arguni Bawah District, Kaimana Regency, in West Papua Province. Despite the fact that nutmeg remains the top distinction in those regions, the other resource potentials might not be overlooked, including organic fertilizer.

In the journalist trip organized by EcoNusa at Kufuriyai and Manggera Villages, the journalists could observe the local communities enthusiasm when they demonstrated the production of organic fertilizer. They acquired skills here from the Social Transformation School (STS) facilitated by EcoNusa in June-July 2021.

Social Transformation School (STS) was attended by 12 villages of which 5 villages came from Arguni Bawah District, namely Manggera, Kufuriyai, Egerwara, Warmenu, and Seraran. In this activity, the villages in Arguni Bawah District were the categorized into agriculture class and learned on how to develop nutmeg seeds while utilizing garden yields into benefiting products.

As one of the training results, now the locals of two villages could produce their own organic fertilizer. Usually, the organic fertilizer comprised from the variant of NPK (Nitrogen, Phosphor, and Kalium). The variant is selected due to the feasibility of the materials.

The materials of organic fertilizer utilized by the local community are collected from forests or garden in their neighborhood. Those materials commonly are taro, banana stem, coconut from their own gardens. Those materials processing is done by chopping, collecting, and precipitating based on the would-be produced fertilizer variant at the center of fertilizer processing at Kufuriyai.

“Normally the local villagers here use the fertilizer for their own plantation at the garden or seeding house,” said Yulince Zonggonau, the EcoNusa’s Community Officer, who guided the demonstration of fertilizer production at Kufuriyai Village.

In addition to organic fertilizer, the community at Arguni Bawah also has commodities such as rambutan and durian. They usually sell their fruit crops while waiting for the nutmeg crop which usually takes place twice a year in May and October.

“When the locals here depend much on nutmeg, after harvest time they usually will be jobless. Therefore, the non-paddy product such as fruits becomes alternative for them while waiting for the next nutmeg harvest,” said Arya A. Takwim, EcoNusa’s Assosicate for Natural Resources Management. 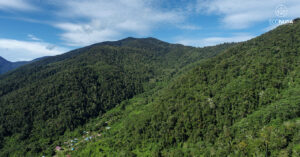 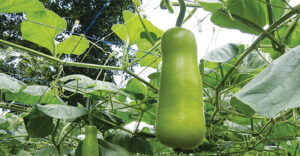 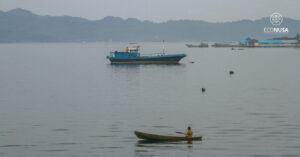