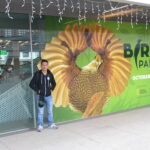 In Christmas Eve 2016, I went to Dallas to visit an exhibition, which is Birds of Paradise at Perot Museum of Nature and Science. At the time the museum was open on December 26th. But I decided to take flight 2 days prior. After visiting the exhibition, I asked to my self what can I do as a teacher, in order to deliver what I have got from the exhibition and the prior discussion/talk with some communities in Jayapura. I contacted the Educational Division at Cornell Lab. of Ornithology to ask them about the possibility to adapting and integrating a book (that they published for youth) in Indonesia curriculum. As part of my master study in the US, I did a writing titled “Adapting and Integrating The Cornell Lab. of Ornithology’s The Evolution in Paradise Lesson Series Into High School Curriculum in Papua, Indonesia.” From it I found that some subjects in High School level can potentially be inserted with the Birds of Paradise Lesson, such as Biology, Geography, History, Bahasa Indonesia, Anthropology, Sociology, Math, even Physics. As a teacher who is working in Jayapura, I believe that teaching the birds of paradise materials in Jayapura as part of strategic ways. As we know that Jayapura is a destination city to take further study for students around Papua. I think it’s important to spreading the protection messages through curriculum starts from here (Jayapura). The heterogeneity of students from many places means that they probably have different experience seeing birds of paradise. By educating and empowering to be literate about it, I believe that right after they finished their study, they would go back to their home “kampung halaman” as environmental agents. As mentioned by Eco Nusa that the protection of the birds of paradise needs collective support, I think it’s time to take further action in education sector by encouraging the government to put birds of paradise lesson as part of school curriculum in Papua. #DefendingParadise 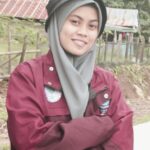 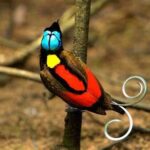 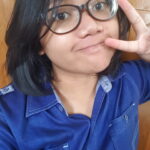 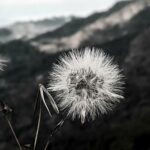 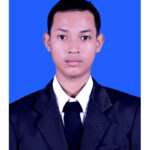 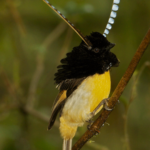 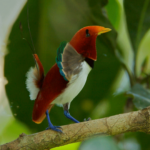 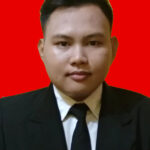 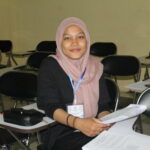 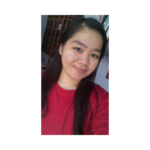 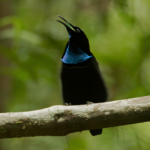 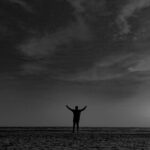