The World Environment Day theme today is Only One Earth. The remembrance here reminds us of living sustainably in harmony with nature. It is easier said than done. Earth and its natural resources have been overwhelmed by human populations that have grown larger than 7 billion today. Nature has limited support. Nature harmony has been disrupted. Consequently, earth ‘s climate and its harmony has been messed up. All earth populations have been suffering from the impact of natural disharmony.

Then, the World Oceans Day with Revitalization: Collective Action for the Ocean as the United Nations theme this year jogged our memories. It rings a bell to us that we are a maritime nation due to the ample expanse of our oceans. Indonesia has the second longest coastline after Canada. Indonesia is the second largest fish producer after China. Indonesia also has the largest coral triangle in Southeast Asia.

The commemoration here does not merely remind us of the glory and affluence of our oceans. In fact, our oceans today are under a lot of pressures and threats. They come among others from illegal fishing, overfishing, that depleted fishery resources without sustainability. Let alone plastic debris and ecosystem degradation are now getting serious. Worse, some policies have even given more pressures to ocean resources.

Pressures against environmental resources, including forests and oceans, have given direct impact to the lives of the low-income community, particularly the indigenous people and small fishers. It is reported that 97 percent of fishery armada are small scale fishers.

It is time for us all to seek the best solution to nurture the already degraded nature from worse degradation. The approach using positive law enforcement, bureaucratic policy are not sufficient. Like it or not, the involvement of indigenous people, fisher community, who have so far defended nature, should get recognition. Their traditional conservation practices should be sincerely embraced. At least, it is done by letting them perform their traditional conservation for forests and oceans.

A study in West Papua found that ocean conservation management that involves indigenous people in fact is more effective than the management model which is simply based on law enforcement under state control. The regions managed by indigenous people have larger sustainable biomass.

Despite the dozens of commemorations in some years, the remembrance of the degraded environment has not shown any progress yet. There is no collective awareness and actions among policy makers, state leaders, and the community to have joint actions. Saving the earth remains a slogan, instead of a real action.

Hopefully, the statement addressed by President Jokowi on the Agrarian Reform Task Force Summit in Wakatobi, Southeast Sulawesi, on 9 June could give light of hope. The President reminded that all ministries, institutions, local and central governments should be integrated to resolve land conundrum among the community. The roles of indigenous peoples, small fishers, researchers, and other stakeholders might not be overlooked for a better ecological improvement. 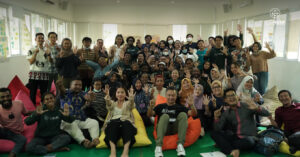