The directive policy of fisheries and maritime governance in Indonesia formulated and designated by Joko Widodo (Jokowi) government in his second term 2019-2024 potentially leads to ecological crisis, including destruction of marine ecosystem and social injustice. This is reflected from the blurred vision and mission of Indonesia as the epicentre of world maritime this period. The current government’s policy directive is potentially to grab the space for living and livelihood of traditional fishermen, low-income fishermen and community residing in the coastal areas and islets in Indonesia.

The various kinds of oversimplification of licenses with negligence of sustainability aspect in the development of fisheries in the Omnibus Draft Bill show that the government primarily prioritizes investment and fails to notice protection aspect of ecosystem carrying capacity and the interests of marginal communities such as low-income fishermen, traditional fishermen, coastal and islets communities. The other evidences, in this respect, is also showed by the elimination of the commission for Environmental Impact Analysis (AMDAL), environmental permit, restriction of public participation in AMDAL and licensing processes and the amendments of some articles on material criminal acts which are amended into administrative sanction as stipulated by the Law No. 32/2009 on Environmental Protection and Management. These evidently prove that the Government of Indonesia has yet to side with the sustainability values and participatory democracy.

They open chance for any foreign investment on capture fisheries which allow the operation of foreign-flagged fishing boats for fishing operation in the Fisheries Management Areas of the Republic of Indonesia (WPP-RI) will threaten the sustainability of fisheries resources on the one hand and deficiency of fisheries governance in Indonesia, on the other hand. Would it happen, traditional and low-income fishermen would bear the most adverse impact due to the absence of fish resources after massive capture committed by foreign fishing boats. The nation’s dream to build excellent and self-sufficient fisheries governance will be faded away. If it really happens, the policies here show that the government sides with corporate and foreign investors’ interests more than that of the traditional and low-income fishermen in Indonesia.

has collaborative initiative of #BersamaJagaLaut through the declaration of NGOs Coalition for Fisheries and Maritime Sustainability(KORAL).

The conception and governance of sustainable fisheries and maritime mandated by KORALare the governance which put the nation’s sovereignty as the priority, justice in fisheries and maritime resources management, scientific-based recommendation, transparency and public participation, institutional effectiveness (governance) in supports of independent governance, people’s prosperity and coastal and marine ecosystem sustainability (planet and biodiversity).

For the reason, KORALwill continue to conduct critical studies, public discussions and development of solution recommendation on various kinds of the knot levels and actions as the series of policy advocacy and public campaign works in the effort to set up sustainability and justice in fisheries and maritime governance. 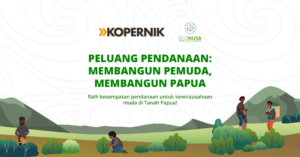 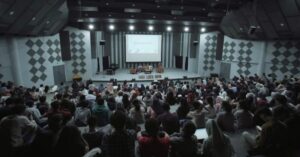 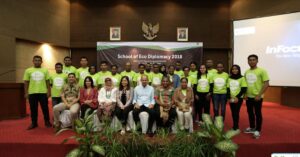